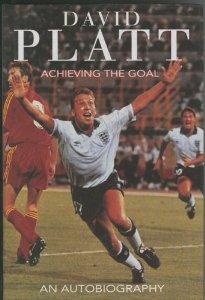 Synopsis: David Platt began his career as a Manchester United discard. From this unpromising start he became a Crewe Alexander journeyman and was discovered by Graham Taylor, who took him to Aston Villa, from which he progressed to World Cup success with England in 1990. He now plays Series A football in Italy and his three Italian transfers there have made him the most expensive footballer in the history of the game. In this book, he gives an account of his own abilities, those of his colleagues - national and international - and the pressures and stories behind the world of soccer super-stardom.