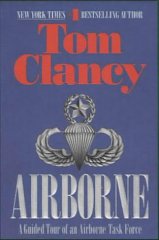 Airborne: a Guided Tour of An Airborne Task Force

Product Description: Representing the very best from the US Army and Air Force, the Airborne Task Force is a formidable combination of manpower and firepower. Tom Clancy presents the people, the technology and the mission in the ever-changing world of the Airborne juggernaut. The book includes two Clancy mini-novels - real world scenarios involving the Airborne Task Force - as well as the details of its 21st century weapons (including Javelin anti-tank missile, the hypersonic LOSAT fire support system and the Comanche Stealth Helicopter), a look at 18 weeks in the life of an Airborne Alert Brigade, and an in-depth interview with the new commander of the 18th Airborne Corps, General John M. Keane. n nAbout the Author nTom Clancy is a household name. His ten novels, including Patriot Games, Hunt for Red October and Clear and Present Danger, have sold in their millions throughout the world, and been the basis of some of the biggest-name movies. The first four books in this Military Library series, Submarine, Armoured Warfare, Fighter Wing and Marine, were published by HarperCollins.

Title: Airborne: a Guided Tour of An Airborne Task Force 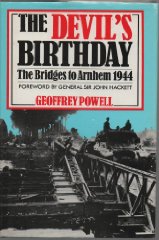 The Devil's Birthday: Bridges to Arnhem, 1944

Airborne: a Guided Tour of An Airborne Task Force