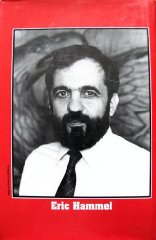 From Library Journal: The Third Battalion, 26th Marines, set out on September 7, 1967, to scout an area near a beleaguered fire base in northern I Corps and were attacked by over twice their number of troops from the disciplined and well-armed People's Army of Vietnam (PAVN). On the 10th, while moving into a new area, they encountered the same unit again, and the PAVN made a concerted attempt to wipe them out. This harrowing action is told almost entirely in the words of the survivors in a style that resembles the script for a documentary. By switching back and forth between voices Hammel is able to reinforce or expand on moments in the action; the device elevates this oral history of small unit action over most of its kind. The voices reflect bravery, loss, the sense of having overcome impossible obstacles; a solid entry in writings on the Vietnam War by an experienced military historian.