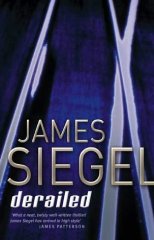 Mint condition.Time Warner Books,2003.First UK edition-first printing.Black hardback(silver lettering to the spine) with Dj(two small nicks and crease on the edges of the Dj cover),both in mint condition.The book is new with a small nick on the outer edge of the pages.307pp.Price un-clipped.A collectable first edition. Product Description: Advertising director Charles Schine is just another New York commuter, regularly catching the 8.43 to work. But the day he misses his train is the day that changes his life. Catching the 9.05 instead, he can't help but be drawn by the sight of the person opposite. Charles has never cheated on his wife in eighteen years of marriage. But then Charles has never met anyone like Lucinda Harris before. Charming, beautiful and a seductively good listener, Charles finds himself instantly attracted. And though Lucinda is married too, it is immediately apparent that the feeling is mutual. Their journeys into work become lunch dates, which become cocktails and eventually lead to a rented room in a seedy hotel. They both know the risks they are taking, but not in their worst nightmares could they foresee what is to follow. Suddenly their temptation turns horrifically sour, and their illicit liaison becomes caught up in something bigger, more dangerous, more brutally violent. Unable to talk to his partner or the police, Charles finds himself trapped in a world of dark conspiracy and psychological games. Somehow he's got to find a way to fight back, or his entire life will be spectacularly derailed for good.