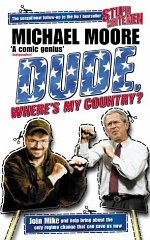 From Publishers Weekly: Flush from the success of Stupid White Men and an Academy Award for best documentary, Moore continues his rhetorical assault on the Bush administration. The book shares much with Al Franken's Lies besides liberal sentiment and satirical tone; not only do both authors rely on the hoary device of having God tell them He doesn't support the president, but they each claim to pack their carry-on luggage with baseballs to bean would-be hijackers. But where Franken attacks individual conservatives, Moore focuses on issues. His first chapter is a series of unsettlingly specific questions (based on rigorously footnoted facts) about the political and financial ties among Bush, the Saudi Arabian government and Osama bin Laden's family, though he leaps from the facts to speculation when he wonders whether the September 11 attacks might have been hatched within the Saudi military. Other chapters attack the public's susceptibility to what he casts as the fear-mongering tactics the administration has used to justify foreign military interventions and, he says, the erosion of domestic civil liberties, and he lays plans for a Democratic victory in 2004: in addition to a half-serious nomination of Oprah, he offers a prescient, reasoned and highly favorable evaluation of Wesley Clark as a candidate. Moore's arguments work best when delivered mostly straight, since he isn't always as funny as he seems to think he is. Straightforward propositions leavened with humor, like a guide to talking to conservative relatives, work fine, while efforts at flat-out farce ring hollow. 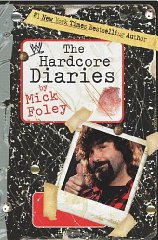