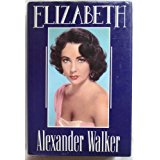 Product Description: The first serious biography of film actress, Elizabeth Taylor. n nAbout the Author nAlexander Walker is the author of over twenty books about the cinema and its stars, including bestselling biographies of Elizabeth Taylor, Vivien Leigh, Joan Crawford, Bette Davis, Peter Sellers and Audrey Hepburn. He has also written standard works on the coming of the Talkies, a monograph on Stanley Kubrick, and the fullest account to date of the British film industr from 1960 to 1985. He has been the London Evening Standard's influential film critic since 1960 and has been named Critic of the Year three times in the British Press Awards. A prolific broadcaster on television and radio, he wrote and narrated four series of Film Star for the BBC. Alexander Walker was born in Ireland, and educated there, on the Continent and in the United States.