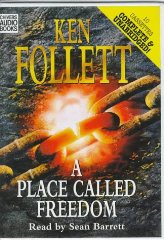 VGC.Chivers Audio books,1997.Complete & Unabridged 10 cassettes in double case(two small nicks and scratches on the case),both in VGC, Read by Sean Barrett.Case and tapes are in VGC with a small mark on the front of one of the tapes.Playing time 12hrs 40mins.Large sizes case.Heavy set.

From Publishers Weekly: The key to Follett's absorbing new historical novel (after A Dangerous Fortune) lies in words that made a slave of every Scottish miner's son in the 1700s: I pledge this child to work in [the laird's] mines, boy and man, for as long as he is able, or until he die. When young Malachi (Mack) McAsh challenges this practice, citing its illegality, he begins a pattern of rebelling against authority while pursuing justice. Mack's dangerous quest for freedom makes him a fugitive in High Glen, where he is brutally punished by Sir George Jamisson in retaliation for his intention to quit the mines. After escaping to London, Mack confronts injustice again when he tries to break the monopoly of undertakers, who furnish crews to unload coal from ships; arrested and tried, he is transported to Virginia as an indentured servant. All this time, his fate is intertwined with that of Lizzie Hallim, daughter of the impoverished laird of High Glen, who is as spirited, independent-minded and daring as is Mack himself. (Readers may not quite believe her sexual aggressiveness, but Follett knows how to strike chords with feminists.) But Lizzie is gentry, so she must marry Jay, the younger Jamisson son. Follett adroitly escalates the suspense by mixing intrigue and danger, tinged with ironic complications. He also provides authoritative background detail, including specifics about the brutal working conditions of mine workers and coal heavers and the routine of an American tobacco plantation. History is served by references to real-life English liberal John Wilkes, who challenged the established view that the virtual enslavement of common men by aristocrats was God's will, and events in Virginia as the Colonies move toward rebellion. If the dialogue sometimes seems lifted from a bodice-ripper, and if far-fetched coincidences keep flinging Lizzie and Mack together, these flaws are redeemed by Follett's vigorous narrative drive and keen eye for character. 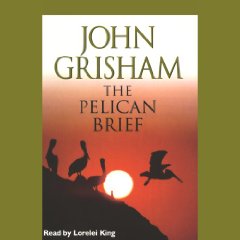 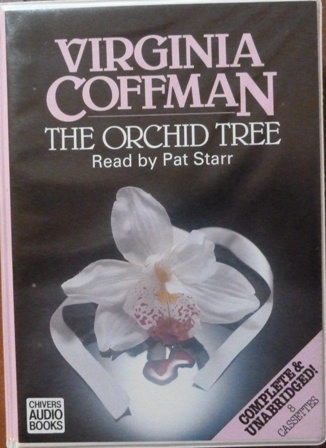 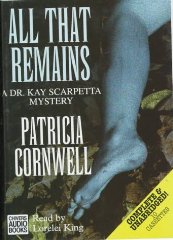 The Sins of the Fathers: Complete & Unabridged [Audiobook] [Audio Cassette]

Churchill - A History of the English-speaking Peoples - The New World