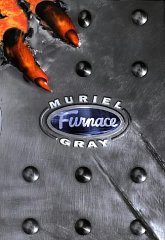 Synopsis: When Carnegie came to the United States of America from his home town of Dunfermline Scotland, to start his famous steel empire in Pittsburgh, there were a few Scots who followed him. Some in Scotland say these included a group of Scots who were feared in their home villages. Some say they were alchemists. Some even say their descendants settled in Pittsburgh and are still there. Idle talk and ignorant superstition. Perhaps. When long-distance truck driver Josh Spiller heads out to Furnace, Pennsylvania, the loneliness of the job is made more intense by his recent terrible row with his girlfriend. His emotional life in turmoil, he is about to embark on a horrifying sequence of events that will bring him to the edge of destruction. Behind the prosperity of Furnace lie terrible secrets, and an even more terrifying gift for revenge upon those who, like Josh, begin to show an interest in them.